About the Book Buy BookReviewsThe Series 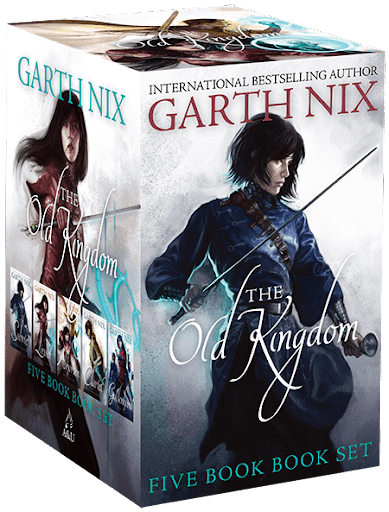 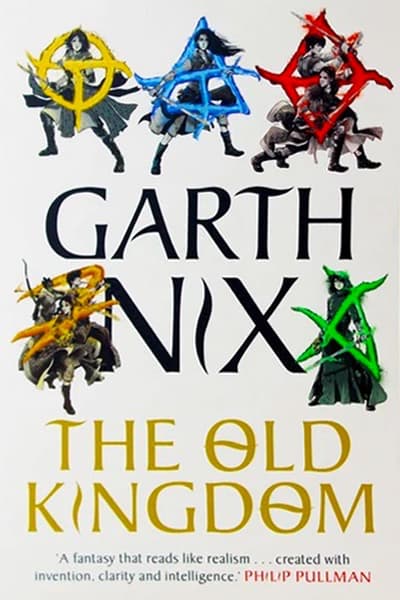 Sabriel
Sabriel has spent most of her young life far away from the magical realm of the Old Kingdom, and the Dead that roam it. But then a creature from across the Wall arrives at her all-girls boarding school with a message from her father, the Abhorsen – the magical protector of the realm whose task it is to bind and send back to Death those that won’t stay Dead.

Lirael
Lirael has never felt like a true daughter of the Clayr, a powerful group of clairvoyant oracles responsible for assisting the Abhorsen and the Royal Family in keeping the Old Kingdom safe from the threat of the Dead. Not only does she look completely different to everyone else, she is long past the age that she should have received the Sight.

Abhorsen
Besieged on all sides, Lirael, Sameth and the Disreputable Dog are in for the fight of their lives. Chlorr of the Mask, under the control of the enormously powerful Necromancer Hedge, is determined to free Orannis the Destroyer – the greatest and most powerful Free Magic creature in the history of the Old Kingdom.

Clariel
Sixteen-year-old Clariel is not adjusting well to her new life in the city of Belisaere, the capital of the Old Kingdom. She misses roaming freely within the forests of Estwael, and she feels trapped within the stone city walls. It seems, too, that the city itself is descending into chaos, as the ancient rules binding Abhorsen, King and Clayr appear to be disintegrating.

Goldenhand
Lirael is no longer a shy Second Assistant Librarian. She is the Abhorsen-in-Waiting, with dead creatures to battle and Free Magic entities to bind. She’s also a Remembrancer, and wielder of the Dark Mirror.

Praise for The Old Kingdom series

“There is no joy like returning to the Old Kingdom. Once again, Nix sets the standard for fantasy, bringing us a tale full of old friends and new enemies, gruesome monsters, and heroines of wit, will, and imagination.”

“Garth Nix is one of the best worldbuilders in fantasy, and this book is merely further proof. I love the Old Kingdom series, and Goldenhand is an excellent continuation, packed with the excitement and passion of a storytelling virtuoso at the height of his abilities.”

– Brandon Sanderson, New York Times bestselling author of the Mistborn Trilogy, Warbreaker, The Alloy of Law, The Way of Kings, Rithmatist, and Steelheart.